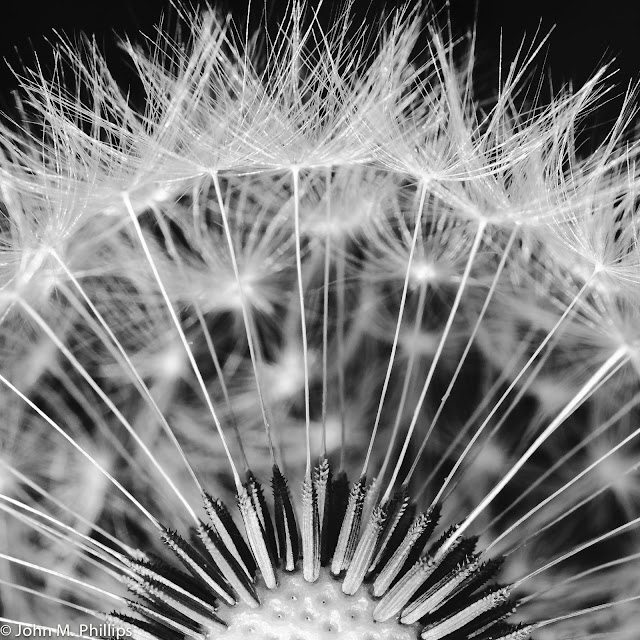 I don't really understand dandelions.  It seems that they either are sporting yellow floral heads or are a globular array of wispy seed parachutes ready for dispersal in the wind.  I'm not sure how they get from one stage to the other.  The yellow flowerets do not make very interesting photographic subjects, but the seed heads offer some possibilities from a black and white perspective.

They also present interesting choices from the point of view of depth of field.  At the level of macro photography, it is difficult to keep all of the seed head in good focus, as the seed parachutes closest to the lens are, relatively speaking, quite a bit closer than those at the periphery of the seed head.  The following unedited photo illustrates this point. 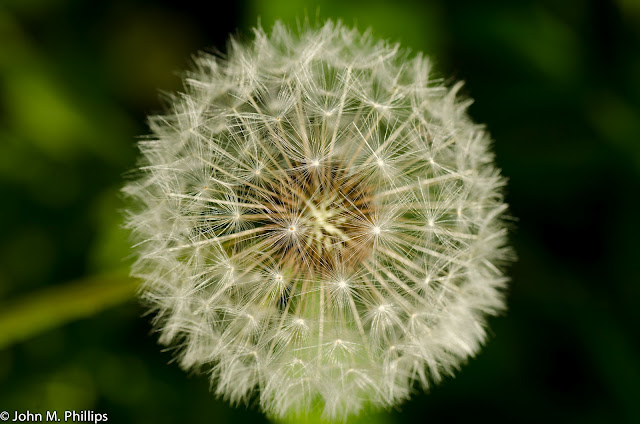 This shot was taken at an aperture of f/10.  The focus is on the seeds in the center of the flower, which are closest to the lens.  But this leaves the seeds at the periphery out of focus.  Increasing depth of field by reducing the aperture would require a longer exposure, risking movement in the breeze.  It would also create unwanted background clutter.  I chose to crop the shot down to just the central seeds, which were in good focus.  I also converted it to a B&W.  Here is the result. 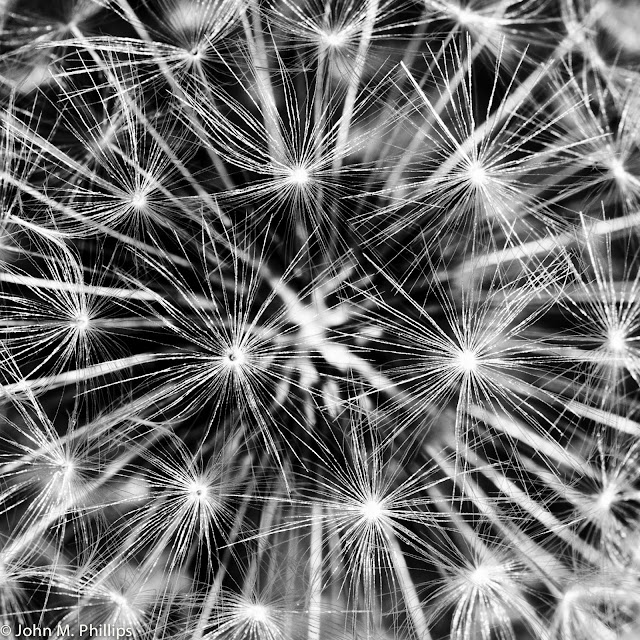 Another way to handle the depth of field problem is to find a dandelion whose top seeds have already been blown off, so that the peripheral seeds are the same distance from the lens as the flower's center "post."  If no dandelions with such a configuration are available, you can always create one by carefully plucking off the seeds on the top of the flower.  Here is an example. 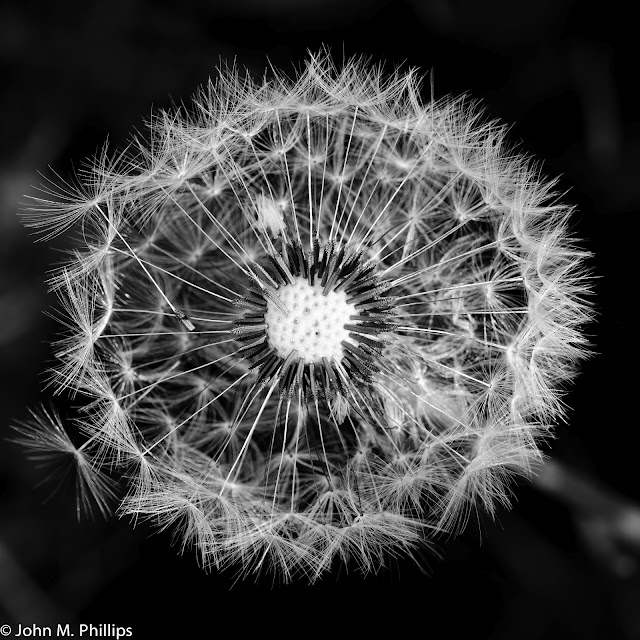 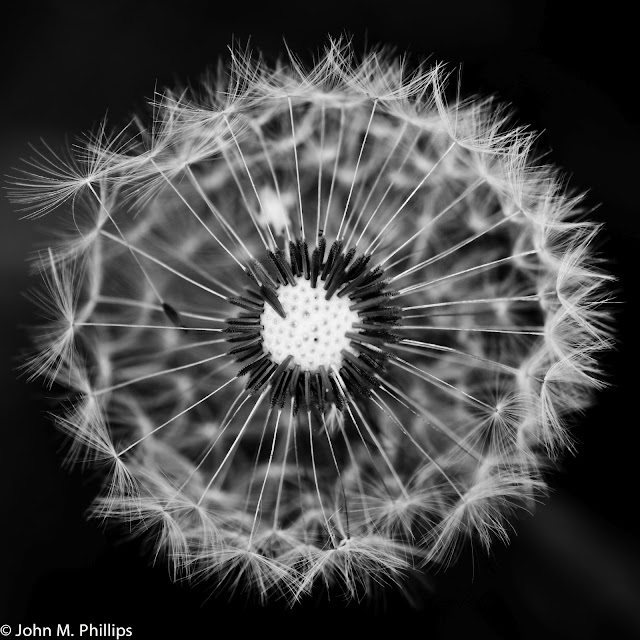 I like the first shot a bit better, but I think this shot works fairly well also.  I wish the light spot at around 11 o'clock was not there, but there is no easy way to remove it.

Sometimes more than just the top of the seed head is missing.  The solution then is to crop the shot even more tightly, as in the following. 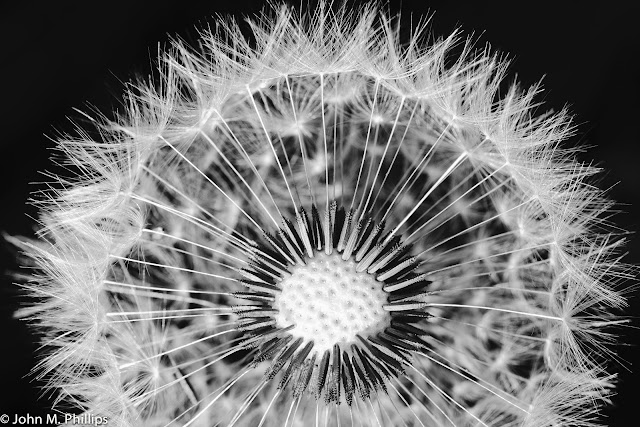 There is good resolution throughout the upper "surface" of this image, taken at an aperture of f/13.  I particularly like the lighting on the base of the seeds in the very center of this image.  It helps too that they are in excellent focus.  To take advantage of this, I cropped this shot more, and placed the image at the top of this post.
Posted by JOHN PHILLIPS at 5/13/2012 03:43:00 PM JOHN PHILLIPS
WI, United States
I currently have two blogs, SKEPTIC PHOTO, at http://skepticphoto.blogspot.com, and SKEPTIC REFLECTIONS, at http://skepticreflections.blogspot.com. I am hopeful that anyone who investigates either blog will find something of interest. I welcome any respectful comments and will try to respond to each.